Police officers stand on a closed West 42nd Street near the New York Port Authority Bus Terminal after reports of an explosion in New York, Dec. 11, 2017.

The explosion occurred in an underground passageway near the Port Authority Bus Terminal and, despite the rush-hour crowds, only three people suffered minor injuries, officials said. New York Gov. Andrew Cuomo called the explosion “one of our worst nightmares.” 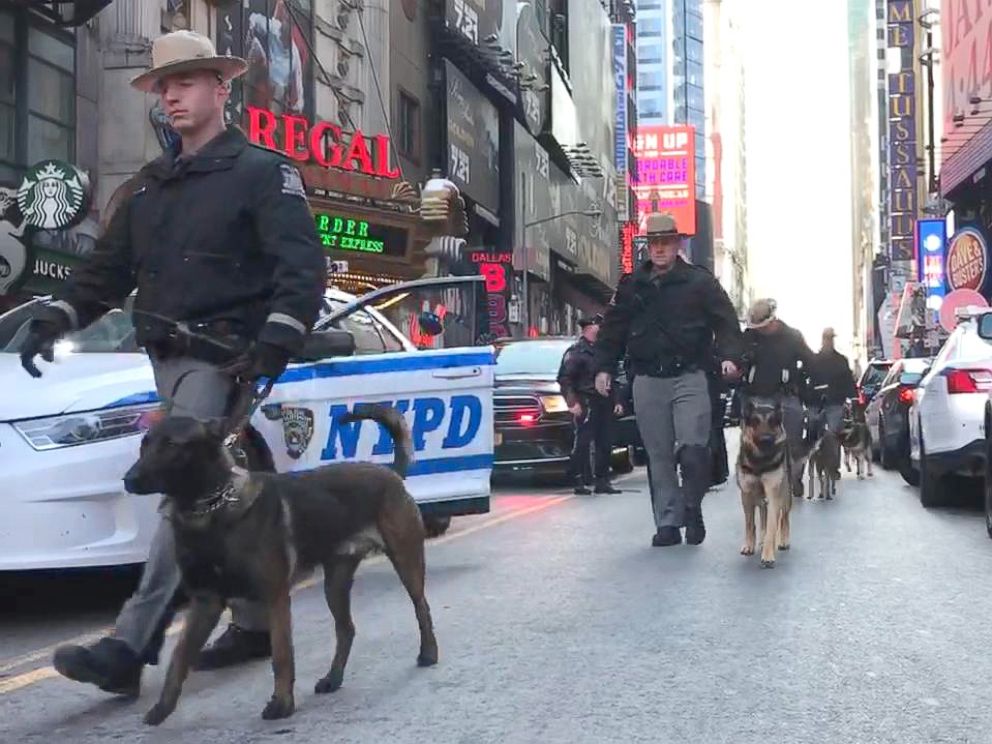 The 27-year-old suspect, Akayed Ullah, is in the hospital, badly injured in the arm and torso from the device that went off in his arms, sources said. Ullah, originally from Bangladesh, told authorities he is self-inspired from ISIS online propaganda, sources said.

Authorities called the explosive an “improvised low-tech explosive device” that was based on a pipe bomb and was attached to the suspect with Velcro and zip ties. 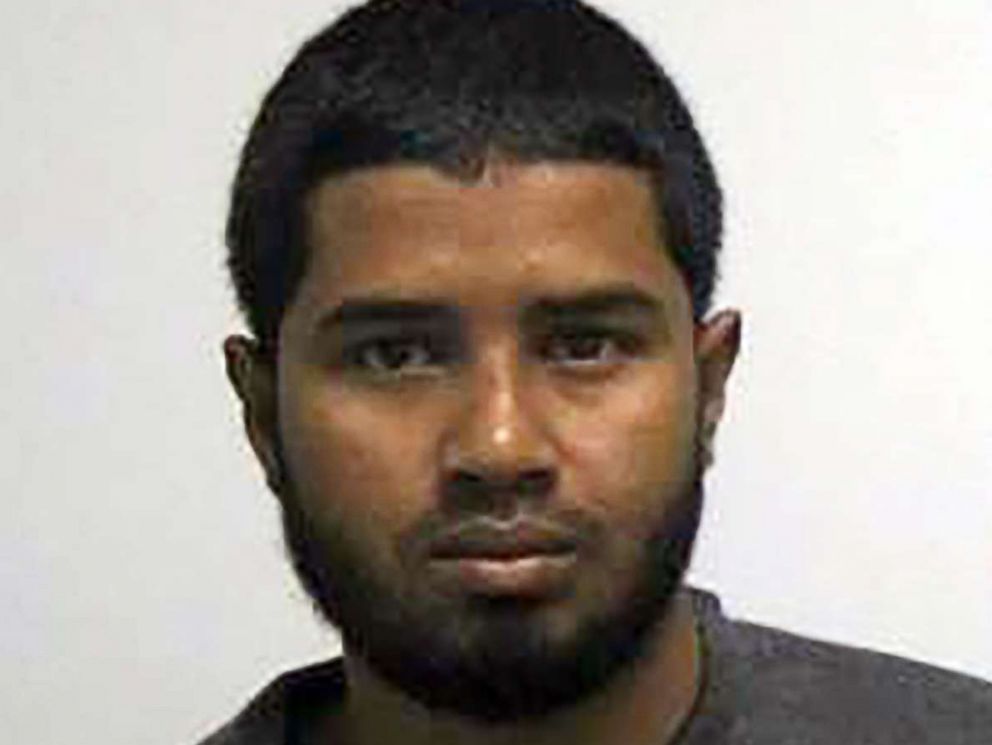 Akayed Ullah is pictured in an undated photo released by the New York City Taxi and Limousine Commission. 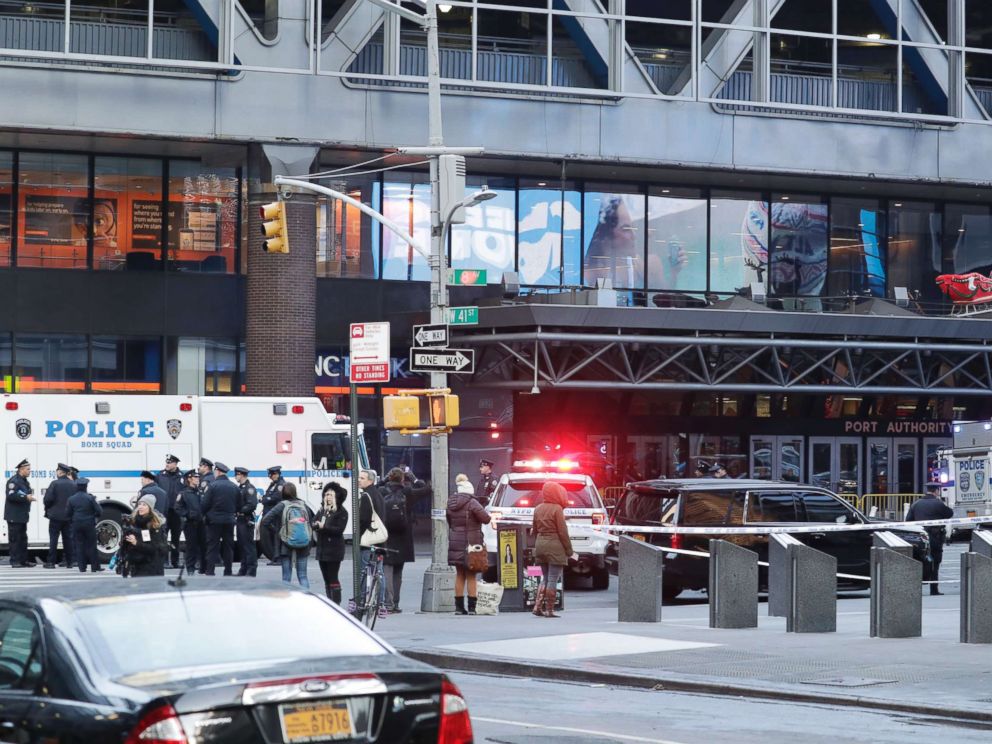 Police activity outside the Port Authority Bus Terminal following reports of a confirmed explosion inside an underground tunnel in the building in New York City, Dec. 11, 2017.

Video of the incident, shot by a surveillance camera, shows commuters’ walking in the passageway when the explosion erupts. The camera screen filled with smoke as people scattered.

Christina Bethea, 29, told ABC News she was in the passageway on her way to work next to the terminal when she heard a bang, saw smoke and ran. 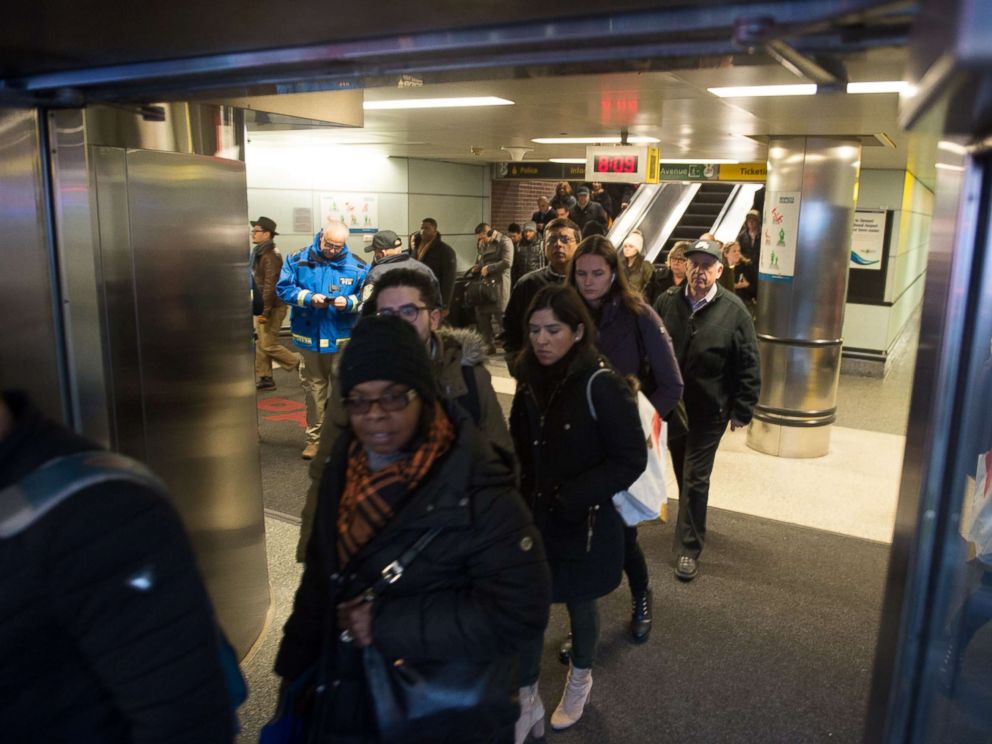 Police and other first responders respond to a reported explosion at the Port Authority Bus Terminal, Dec. 11, 2017, in New York City.

The explosion in the subway system — ridden by 6 million people each day — occurred at about 7:20 a.m.

Port Authority Police Department Officer Jack Collins, who was undercover at the time looking for children being trafficked at the bus terminal, apprehended Ullah, with the help of three other officers.

The suspect entered the United States from Bangladesh seven years ago on a family-based visa and has an address in Brooklyn, sources said. The explosive was assembled in his apartment, sources said.

New York City has long been a target of terrorist attacks. Since Sept. 11, about 26 “plots” in New York City have been prevented, officials said this morning.

There are no credible and specific threats against New York City at this time, officials said. 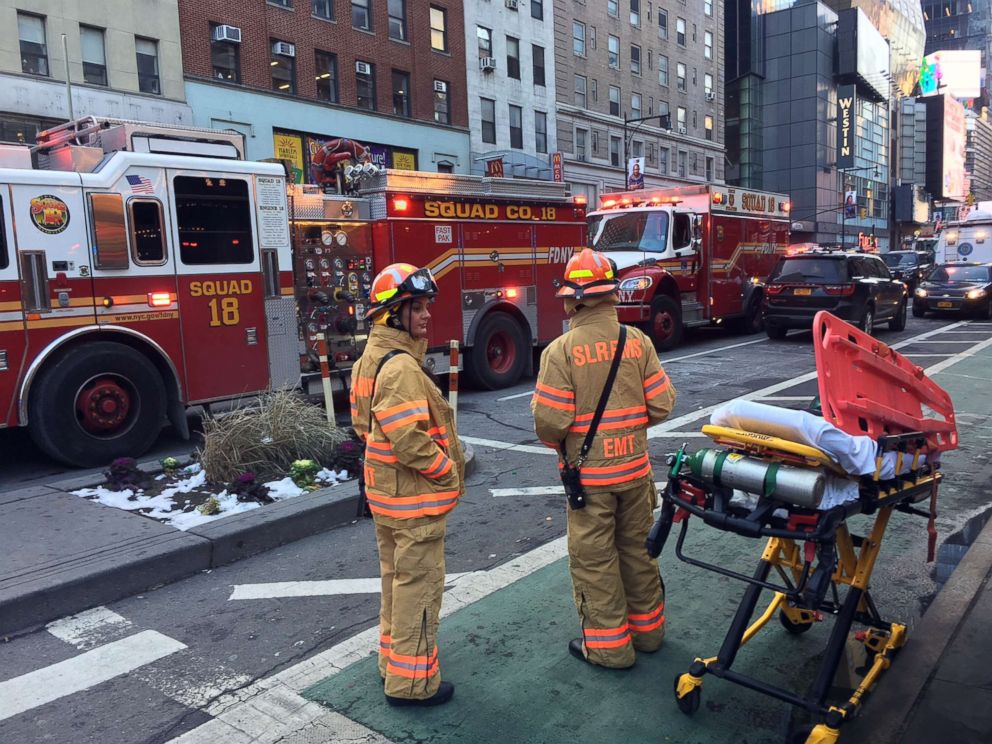 Emergency workers wait with a stretcher near the scene of a reported explosion near the Port Authority bus terminal, Dec. 11, 2017, in New York City.

The bus terminal was temporarily closed but has since reopened. Subways were bypassing the terminal and Times Square stations. 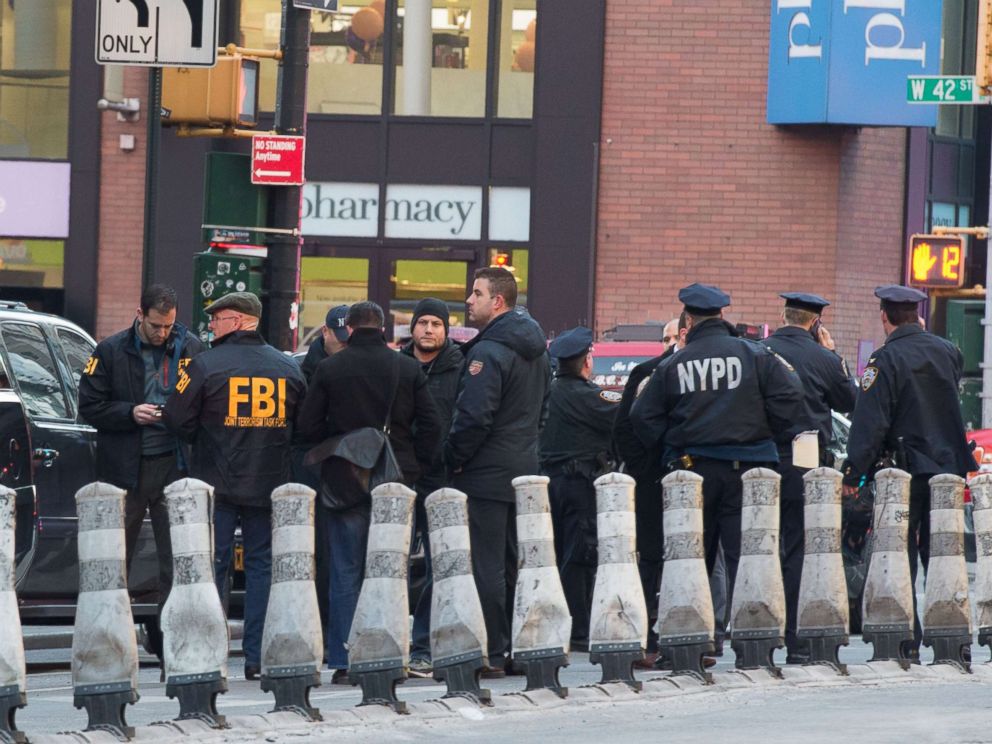 FBI and police respond to a reported explosion at the Port Authority Bus Terminal, Dec. 11, 2017, in New York City.